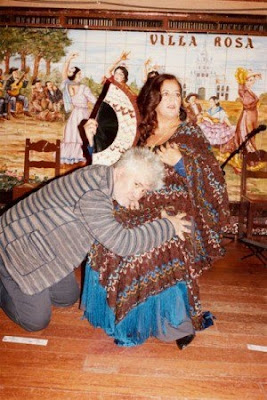 “Spontaneous and dynamic. We all improvised freely. I would like for the images to talk about the company, not only of the product.” For the new Missoni campaign Angela Missoni, her daughters Teresa and Margherita, Spanish film director Pedro Almodovar, Almodóvar actresses Rossy de Palma and Blanca Suarez, and model Mariacarla Boscono perform in the summer 2012 designs. Take an look at the campaign film by Marco Maccapan:  HERE