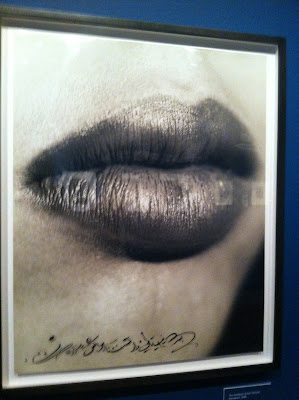 Albert Watson’s, fashion and ad photographer, exhibition on „Visions feat. Cotton made in Africa“ that will be held at Haus der Photographie in Hamburg’s Deichtorhallen until January 6, 2013, has two sections: the Albert Watson photographs made exclusively in Benin in December 2011 form the heart of the show. They present the smallholders associated with the Cotton made in Africa initiative and introduce us to their world, thus visualizing the initiative’s social impact. Alongside the current photographic fruit of his trip round Benin, various rooms are dedicated to early work groups and classics, mainly small-format vintage prints that Watson himself made in the darkroom. This encourages viewers to actively explore Watson’s artistic strategy and the sheer breadth of the different genres, without losing sight of the roots of the various work groups.

„Visions feat. Cotton made in Africa“
by Albert Watson
until 6.1.2013
Deichtorhallen, Hamburg