Control yourself – shape your own destiny – Agent Provocateur 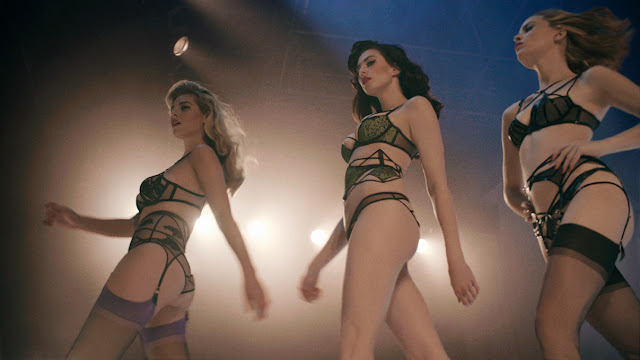 Melissa George, Chloe Hayward and Elettra Wiedemann are the stars of the Agent Provocateur autumn/winter 2013 campaign video. The John Cameron Mitchell-directed campaign show a chaotic backstage area of a fashion show, suddenly the three girls tear off their clothes and strut down the catwalk in their lingerie. „We were trying to make a fun film about how Agent Provocateur can actually help a woman free herself by controlling herself“, Cameron Mitchell said. And YES they do:

The under wear itself was inspired by „the powerful femininity in George Michael’s „Too Funky“ video“, explained Agent Provocateur creative director Sarah Shotton: