James Franco directed 7 For All Mankind’s campaign: Making of! 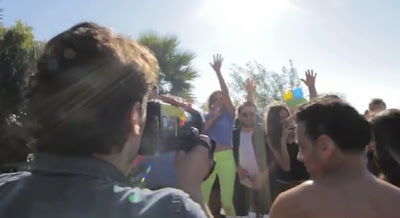 Actor, director, author, film producer and visual artist James Franco directed and photographed the new campaign of the jeans brand 7 For All Mankind. Print and video components will be released around March. And the full art movie will be released in Mai.

„People are used to movies being told in a certain way,“ James said. „It has an emotional arc and there’s a beginning, middle and end. But in a fashion campaign like this, you have some of those elements — actors and performers and a set and wardrobe — but you don’t have the burden of telling a story in the same way or attracting audiences in the same way. So you can use all the elements from a film but explore it in a new way.“