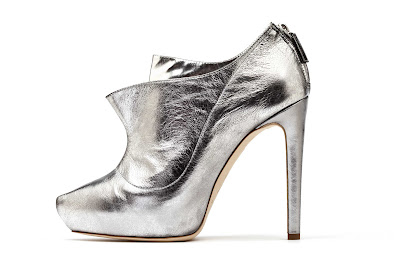 „It’s incredible to think that 10 years ago I was sitting at my little kitchen table in Bologna, looking at about six shoes and thinking, ‚ok, what do I do now?'“ shoe designer Rupert Sanderson laughed.

To his 10-year anniversary Rupert Sanderson has picked 10 of his iconic shoes and has re-interpreted them to be the anniversary silver capsule collection available by special order. And each one is better than the next!

„Sometimes when I see what’s out there I think, ‚oh, maybe I should have been a bit crazier‘,“ he told Vogue UK. „There’s a lot of noise out there. There’s a lot of crazy shoes out there! But they stand up. When I see it on a woman’s foot, I think ‚I’m right‘. I was right to take the time to get the line right, rather than adding things. There’s such truth in a line.“