Avant-garde meets social commitment: „There is more action to be done to fight aids than to wear this T-shirt but it’s a good start.“ – this is written on Maison Martin Margiela’s charity shirts since 1994. Every year the Parisian label reissue the shirt in different colours and since last year there is also a limited edition in another language: 2010 it was Japanese, 2011 it’s French. The proceeds are going to the French organization Aides. 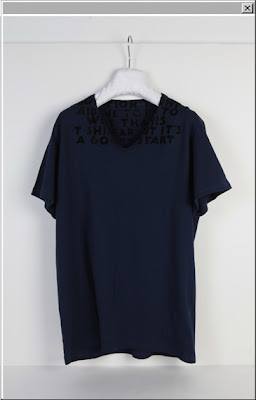 In addition there will be an exhibiton (December 1 – December 31) the first time: In Maison Martin Margiela’s Munich store will be shown photographs of celebrities like Lou Dillon wearing this shirts.